The legend of Dracula gets some fresh blood (and perspective on his fear of sunlight and crosses, and his inability to come indoors without an invitation) in this three-part BBC mini-series now on Netflix, created by the creators of 2010’s Sherlock.

Set in 1897, the first episode is fun thrill ride, with wonderfully creepy visuals of Dracula’s castle and a convincing head vampire played by Claes Bang (The Square, The Girl in the Spider’s Web), whose sexualized lust for blood scares the daylights out of an English lawyer who arrives at his Transylvania castle for dinner, only to discover HE is the main course. Dolly Wells (Pride and Prejudice and Zombies) is equally entertaining as the clever, vampire-obsessed nun, in a story that has just enough surprises to compensate for a few eye-rollingly corny special effects.

The second episode, with Dracula setting sail for England on a boat full of unsuspecting victims, while not quite as strong as the first episode, at least remains in the same vein, but that final episode, which sees the addition of Lydia West (Years and Years) as Dracula’s love interest Lucy, feels like a completely different story – an utterly maddening, slapped together disaster of WTF-ery that feels as rushed as it is stupid.

If you watch the entertaining first episode you will be compelled to see the series through to its end, but if you do, you will curse yourself afterwards for it. Resist. (Episode 1: B+, Episode 2: C, Episode 3: D-).

• Exterior shots of Castle Dracula were filmed at Orava Castle in Slovakia, the same castle that appeared in the 1932 silent horror classic Nosferatu.

• Writers Mark Gatiss and Steven Moffat were creators of the 2010 TV series Sherlock, which was the breakout role for actor Benedict Cumberbatch. 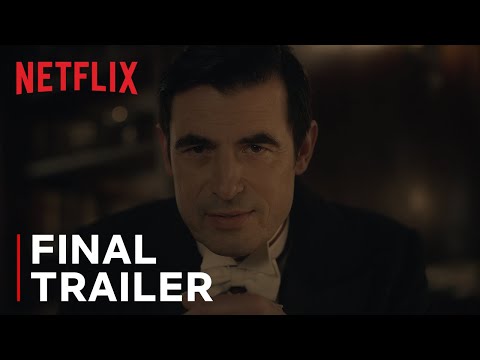