When a move to the suburbs disrupts her family, Giselle makes a magic wish for a fairytale life, inadvertently turning herself into a wicked stepmother and threatening to destroy Andalasia, in this Disney+ sequel to 2007’s Enchanted. Amy Adams, Patrick Dempsey, Idina Menzel and James Marsden all reprise their roles, with Maya Rudolph joining the cast as a neighborhood villain.

Much of the charm of Enchanted was in how its writers cleverly melded the ridiculously giddy optimism of Disney’s animated fairytales with the cynical live-action realism of everyday life, all brought to life by an earnest and exuberant performance by Adams. Sadly, none of that exists in this sloppy, visionless story that feels slapped together by a committee. (There are four writers in the credits.)

Adams gives a performance that feels more like the 1976 Sally Field split personality drama Sybil than the beloved Giselle, with returning castmembers getting shockingly little screentime. Rudolph’s unnecessary character feels shoehorned into the story and despite having on hand the vocal talents of Menzel and Gabriella Baldacchino as a teen version of stepdaughter Morgan, none of the film’s songs are even remotely memorable or charming. Simply put, Disenchanted is disenchanting.

• Rachel Covey, who was young Morgan in the original film, is now a playwright and has a cameo in the town square scene, as does Adams’ husband Darren and daugher Aviana.

• Disenchanted is a reunion for Glee alums Idina Menzel and Jayma Mays. 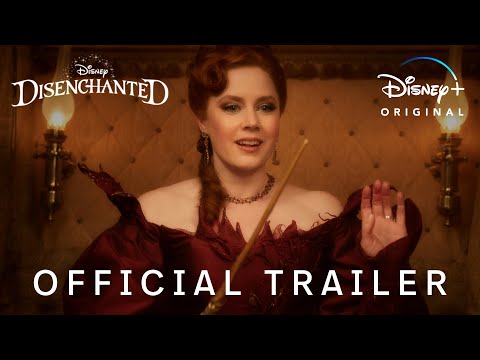