Just prior to the French Revolution in late 1700s France, a master chef is unceremoniously and unjustly fired by his employer, a snobby aristocrat. The chef returns to his family’s rural inn, where a strong-willed woman convinces him to make her his unlikely protégé, laying the groundwork for a delicious act of revenge – and the world’s first restaurant.

Delicious is a feast, not only for the stomach, with its succulent, mouth-watering dishes, but also its sumptuous visuals of the French countryside. Literally every shot from cinematographer Jean-Marie Dreujou could be a painting by Monet. As the chef and his apprentice, Grégory Gadebois (J’accuse, Flowers for Algernon) and Isabelle Carré (Se souvenir des belles choses) make this winsome comedy from director Éric Besnard a total delight, as motives for revenge are revealed amidst a growing fondness for one another. The costuming, set design and score are all exquisite.

Tidbits about the origins of sliced bread and the French fry are really charming. And while the historical comedy’s big climax pushes the bounds of believability and falls a bit short of the buildup, even so, Delicious is a fun, celebratory story about how sometimes forced change can liberate you to find your true passion in life, and how success truly is the best revenge.

• The world’s first restaurant actually is considered to be Le Grande Taverne des Londres in Paris, which opened a few years before Delicious is set in 1789.

• Delicious was filmed in the towns of Brezons and Aveyron in the South of France.

• Isabelle Carré has received eight Cesar nominations over the course of her acting career, winning once for 2003’s Se souvenir des belles choses. 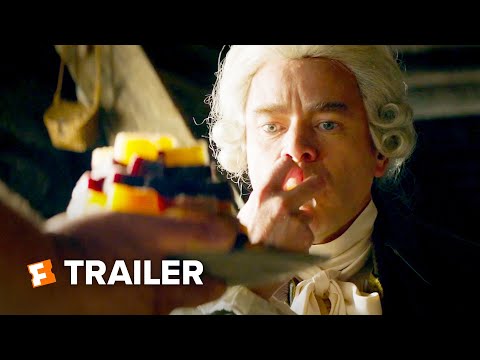