While investigating the suspicious death of a rock climber near Busan, an insomniac detective becomes obsessed with the prime suspect, the dead man’s Chinese immigrant widow, in this romantic crime mystery from South Korean director Park Chan-wook (The Handmaiden).

Tang Wei and Park Hae-il (The Host) amp up the melodrama as the increasingly suspicious, potentially conniving widow and the respective detective whose romantic interest in her seems to grow the guiltier she appears. But it is director Park’s clever and creative camerawork that is the true star of this noirish thriller, reminiscent of the late Alfred Hitchcock and a way less racy Basic Instinct, with some impressive cinematography. Park’s incorporation of point-of-view text messaging, smart watches and voice recordings also gives the film a cool, contemporary vibe.

Ultimately, Decision to Leave is a tale of two people who understand each other so well that they realize that they can never be together, despite their mutual obsession with one another. The film’s biggest drawback is a convoluted story that strains the bounds of believability as it sputters to a symbolic yet wildly improbable ending.

• In one scene in Decision to Leave, the Martin Beck book series, written by Swedish author couple Maj Sjöwall and Per Wahlöö, is visible on a table as a nod to the books’ inspiration for the film. 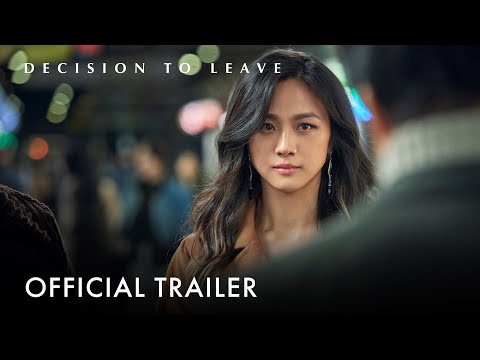