David Foster: Off the Record

Canadian-born David Foster is one of the most successful music producers on the planet. He’s helped sell more than half a BILLION records, has won 16 Grammy Awards out of an astounding 47 nominations, has been nominated for three Oscars, won one Emmy, and is working on several Broadway plays in his quest for the coveted EGOT. He’s a musical prodigy – a modern day Mozart – and he wants you to know it, as evidenced in this documentary now on Netflix.

Director Barry Avrich incorporates the usual archival footage and interviews, tracing Foster’s humble roots growing up in a working class family in Victoria, British Columbia, and charting his rise in the music industry, as well as Foster’s big moments with artists such as Earth, Wind & Fire, Barbra Streisand, Chicago, Whitney Houston, Céline Dion, Michael Bublé, and Josh Groban. The most fascinating part, however, is the behind the scenes stories about working with all these icons. Those stories themselves are worth wading through all the sycophantic Foster worship.

That’s not to say all the info on Foster is positive. It does touch on Foster’s five marriages, his own admission that he was not present for most of his five daughters’ childhoods, and his eye-roll appearances on reality TV shows like The Princes of Malibu and The Real Housewives of Beverly Hills. The portrait of Foster is of a work-obsessed control freak who, like his music, also tightly controls this version of him that he wants us to see.

• David Foster’s first Grammy win was in 1980, for writing Earth, Wind & Fire’s R&B hit song “After the Love Has Gone.” His most recent was in 2011, for producing Michael Bublé’s traditional pop vocal album, “Crazy Love.”

• One of the three Broadway productions Foster is working on is a Betty Boop musical. In November 2019 he shared a song from it, “Something to Shout About,” sung by wife Katherine McPhee.

• Foster’s 16 Grammys is not the most ever won by a single individual. That honor goes to the late Hungarian-born orchestral and operatic conductor, Sir Georg Solti, who won 31 Grammy Awards. Rounding out the top three is Quincy Jones with 28 wins (out of a record 80 nominations) and bluegrass-country singer Alison Krauss with 27. 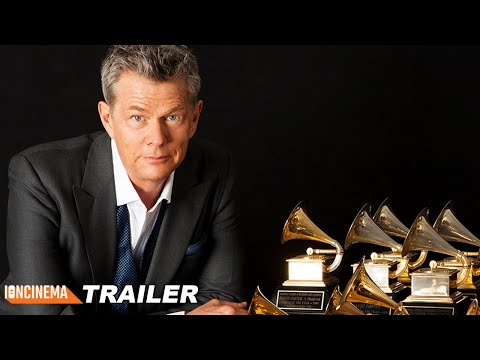