A young Swedish woman mourning the death of her mother follows her grandma’s advice and travels to Gothenburg to audition for an international dance troupe. But instead, she ends up pretending to be a man to work in a drag show at a gay bar, in this LGBTQ dramedy on Netflix.

Dancing Queens is one of those quirky, well-intended movies that, while cute in its own right, misses the boat when it could be so much more. Mired in way too much pointless dialogue, not only is its tone deaf riff on 1980’s Victor/Victoria horribly outdated, it is utterly unbelievable and actually a bit insulting in how it relegates its LGBTQ characters as one dimensional, stereotypical filler. The other storyline, a more serious look at grief and struggling to move forward after the death of a loved one – is infinitely stronger.

Molly Nutley does an admirable job under the direction of her real life mother, actress Helena Bergström, who co-wrote the screenplay. One scene in particular is an emotional knockout and some of the dialogue by the drag queens truly is hysterical. Somewhere in this muddling, overlong film is a really good rewrite. How great would it have been had the movie actually been about the delightfully meddlesome granny (Marie Goranzön) taking charge of finding happiness for her son and granddaughter?

• Much of the movie is filmed in the small town of Ulricehamn, Sweden.

• Swedish actress Helena Bergström and Oscar-nominated British director Colin Nutley (Under the Sun) first worked together in his 1990 film Blackjack, marrying the same year. Colin cast Helena in the role after seeing her face in the movie poster for the film The Women on the Roof a year earlier. 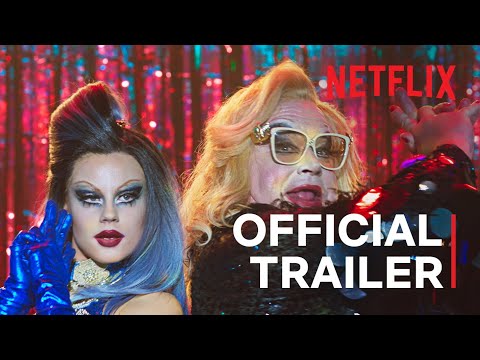