Mary Steenburgen stars in this biopic about author Marjorie Kinnan Rawlings, tracing her life-altering decision to give up a comfortable married life and purchase a 72-acre orange grove in central Florida in 1929. Rawlings eventually abandons her unsuccessful career as a gothic romance novelist to write about her extremely poor but generous neighbors – with resounding success. In 1939, Rawlings would win the Pulitzer Prize for her novel, The Yearling.

Even today, with its inspiring, Oscar-nominated score and beautiful cinematography of cypress trees dripping with Spanish moss, the creek’s abundant wildlife and monsoon-like thunderstorms, director Martin Ritt’s story about Rawlings’ evolution as a writer, sparked by her love for the land and its people, ages like a fine wine. Steenburgen perfectly balances Rawlings’ fierce independence with her femininity, with Alfre Woodard, in her Oscar-nominated role as Rawlings’ beloved housekeeper GeeChee, and Rip Torn, in his Oscar-nominated role as the highly-entertaining, hard drinking neighbor Marsh Turner, each delivering performances bursting with emotion. Peter Coyote is terrific as the persistent, local hotelier who would eventually become Rawlings’ second husband, and the late Dana Hill is exceptional as young Ellie, the girl whose love for her orphaned pet fawn would inspire Rawlings’ iconic novel. Keep a tissue handy.

Cross Creek is a beautifully told, heartfelt slice of Americana – a bittersweet remembrance of a bygone era in American literature.

• Much of Cross Creek was filmed at the same Florida locations as the 1946 film adaptation of The Yearling. Visitors to the Marjorie Kinnan Rawlings Historic State Park can even see the house where Rawlings lived.

• The film does fictionalize a few of the facts. In real life, Rawlings actually lived at Cross Creek with her first husband for four years before their divorce and her subsequent introduction to hotelier Norton Baskin. • Norton Baskin had a cameo role in Cross Creek as a local resident giving Rawlings directions to a hotel where the character based on him works. Baskin died in 1997, at the age of 95. Rawlings died suddenly in 1953 of a cerebral hemorrhage at the age of 57. 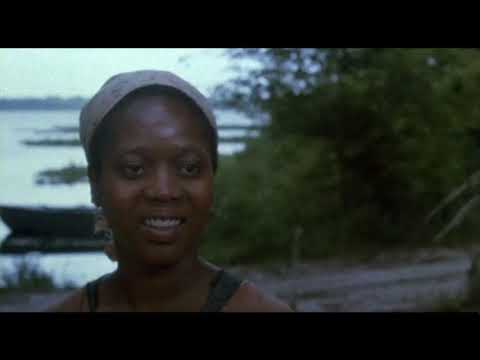