An emotionally-troubled but well-meaning father attempts to flee with his transgender son from Montana to Canada on horseback when his soon to be ex-wife won’t let their child live as a boy in this unconventional, neo-Western, indie drama.

Steve Zahn, who has built a 30 year career on more comedic roles, gives an astonishingly good, more serious performance, depicting both the struggles of bipolar disorder with a strong desire to do right by his child. The frustration over his predicament is palpable. Sasha Knight is convincing as Joe, his biological daughter who reveals to him that she feels like a boy stuck inside a girl’s body.

Jillian Bell and Ann Dowd (The Handmaid’s Tale, Hereditary) round out the strong supporting cast as the frustrated mother overwhelmed at this news and the police detective determined to find and keep the fugitives safe. The story’s time jumps reveal the circumstances that lead to their decision to head north.

The thing that makes Cowboys so effective is it’s simple and straightforward storytelling. The characters are realistic and relatable. In her feature film debut, writer/director Anna Kerrigan captures their gentle spirit, set to a gorgeous backdrop of the Montana wilderness, challenging the conventional notions of masculinity and gender in a beautiful, thought-provoking way.

• Sasha Knight was born and raised in Los Angeles, beginning his career performing in community theater at the age of four.

• Anna Kerrigan started as a writer and then moved into directing short films and TV shows. Cowboys is her feature film debut. 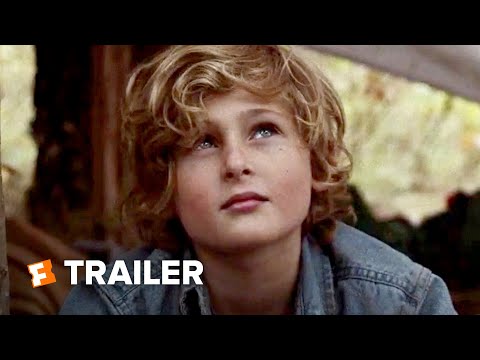