Documentarian Ken Burns (Jazz, The Civil War, Baseball) says he sobbed uncontrollably when he saw his epic, eight-part mini-series for the first time – something he says he’d never done watching his other popular documentaries. It’s easy to see why – his nostalgic chronicle of the evolution of country music in the 20th century is a stirring love letter to a genre of music deeply embedded in the heartland of America. From its origins in folk and Southern Gospel, through the rise of radio in the 1920s, the Grand Ole Opry, and to the country music of today – the series is not just the fascinating stories of the big names in country music – but also the colorful, deeply moving backstories behind the songs.

With narration by Peter Coyote (A Walk To Remember), Burns and his team have assembled an impressive tapestry of superb storytelling, chocked full of smile and tear-inducing interviews and some surprising archival footage. (Video of Reba McEntire’s “discovery” singing the National Anthem at a 1974 rodeo is just one of many treasures.) We learn how Merle Haggard was inspired to pursue a music career after seeing Johnny Cash perform at the prison where he was serving time for burglary. We learn why Dolly Parton wrote her iconic “I Will Always Love You.” (It’s not why you may think.)

The program’s insightful message, about country music’s ongoing evolution and its deep emotional connection with its audience, will impress even the mildest of fans. And if you are already a big fan, it will be an endearing reminder of why you are.

• To watch the series either download the PBS.org app, stream it at pbs.org/countrymusic or purchase the DVD at Amazon (link above).

• Ken Burns filmed 175 hours of interviews with 101 artists over more than eight years for the series, some recorded as early as 2012. Several interviewees – Little Jimmy Dickens, Roy Clark and Merle Haggard – died during its production.

• Ken Burns says “country music is about elemental human experience… it’s about the joy of birth, sadness of death, falling in love, losing love, being lonely or screwing up, seeking redemption… that is what the great songs of country music are about.” 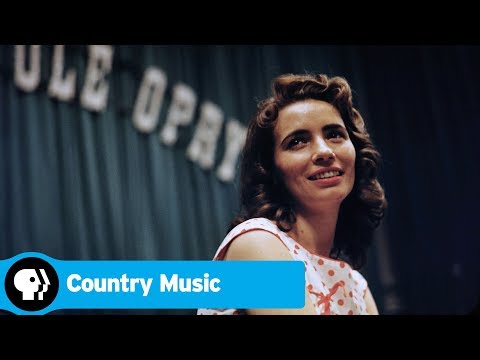