Traveling by train from Moscow to the Arctic seaport city of Murmansk to see the Kanozero petroglyphs, a shy and insecure Finnish archeology student forms an unlikely friendship with a gruff, rascally Russian miner, when they are forced to share a tiny, second-class sleeping cabin, in this character-driven drama set in the 1990s and loosely based on Rosa Liksom’s 2011 novel.

While the screenplay from Finnish co-writer/director Juho Kuosmanen is seemingly simplistic, it belies a much deeper, transporting message about the importance of forging human connections to create a happy, fulfilling life. Initially Laura longs to be back in Moscow despite the fact that her more worldly, bohemian girlfriend Irina, who backed out of the trip at the last minute, is clearly done with her. As Laura gets to know the hard drinking, chain-smoking Ljoha, their initial prickliness melts away and they develop a genuine fondness for one another. Compartment No. 6 is an authentic, untraditional love story about two lonely loners making a new friend.

Seidi Haarla and Yuriy Borisov are both likable and immensely believable as the mismatched duo, and the visuals of Murmansk will fascinate any adventure traveler. Viewers willing to plod through the film’s slower moments will be rewarded with some really sweet, subtle moments in the final act. The film’s messages, about the importance of making an effort to connect with others, and our human need to be loved, are touching reminders that life is less about the destination and more about the journey to get there.

• Compartment No. 6 won the Grand Prix award at the 2021 Cannes Film Festival and was Finland’s submission for Best International Feature Film at the 2022 Oscars, where it made it to the pre-nominations shortlist of 15 films.

• Filmed in St. Petersburg (which also doubles for Moscow in the film) and Murmansk during the COVID-19 pandemic, filmmakers had to illegally smuggle some of the nighttime footage out of Russia across the Finnish border for special developing.

• Rosa Liksom’s 2011 novel takes place in the 1980s Soviet Union with the rail journey taking place on the Trans-Siberian Railway. 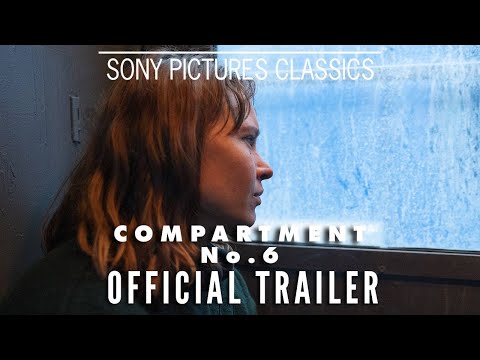