When a child from an alien world crash lands near a farmhouse outside of tiny Brightburn, Kansas, instead of becoming a Superman-type superhero, he grows up to be something truly sinister, in this alternate reality horror film loosely based on Marvel’s “Supreme Power” comics.

The film features a taut, terrifying story and an excellent ensemble cast with particularly strong performances from Jackson A. Dunn as the creepy, emotionless child who turns into an unstoppable psychopath as puberty hits, and Elizabeth Banks (Pitch Perfect, The Hunger Games) and David Denman (The Replacements, 13 Hours) as his increasingly freaked out parents. The remote Kansas farmland visuals, combined with a pulse-pounding, creepy score, sets a nicely disturbing sense of dread.

Where the film at times falls short is the gratuitous gore, an uncharacteristically hokey dream sequence and some oddly timed comic relief, which detracts from otherwise terrifying moments. A lot of Brightburn‘s story elements are reminiscent of 2019’s better made, bad seed horror The Prodigy. Still, its creative and chilling portrait of the evolution of a young super villain with glowing red eyes makes it among the year’s fresher horror films.

• Brightburn star Jackson A. Dunn has a cameo role in 2019’s Avengers: Endgame as a younger version of Scott Lang/Ant-Man (Paul Rudd) in the time travel sequence.

• Middle school scenes were shot at the now-defunct Patrick Henry High School in Stockbridge, Georgia, which was also used in seasons 1 and 2 of Stranger Things. 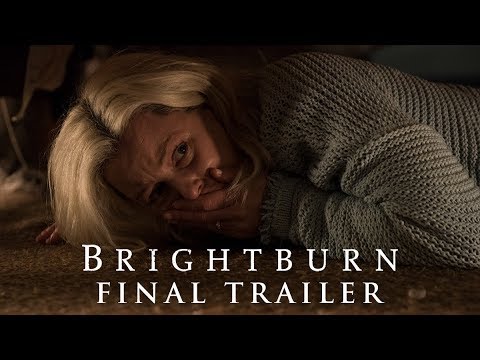