Katie Holmes stars in this horror sequel to 2016’s The Boy, about a porcelain doll that not only looks lifelike and is life-sized, but has a real life demonic personality too, for the family that uncovers it while renting a home in the English countryside. Screenwriter Stacey Menear and director William Brent Bell, the duo behind the original film that starred The Walking Dead‘s Lauren Cohan, return for this sequel.

Generally, when a movie trailer gives away the entire plot, it is because the movie is not very good, and Brahms: The Boy II sadly is no exception. (At least one scene in the trailer isn’t even in the film.) Whereas the much better, original film at least had a more plausible explanation behind the spooky doll that seemed to be possessed, the screenwriter chucks that concept out the window this go-round, and goes all-in on a supernatural take. The result is a sequel possessed by dullness.

Holmes and Christopher Convery (Stranger Things) are believable enough as the frazzled mom/son duo already dealing with PTSD from a prior home invasion, and the film does showcase some effective, Sensurround-type sound effects, which is fun for viewers with a nice home theater. But all of that still fails to distract from the sad reality that this is one very boring, very predictable horror flick with some questionable visual effects.  Ironically, the one element of the movie the filmmakers definitely should have changed from the first film, a goofy climax, they repeated yet again. Go figure.

• In a newly-released alternate ending, the epilogue at the family’s home is completely scrapped, with the film ending at its big climax, just with a more effective, “invisible” demon replacing the original ending’s silly looking, computer-generated one.

• Catholic-raised Katie Holmes ended her five and a half year marriage to Scientologist Tom Cruise in 2012. Holmes has custody of their daughter, Suri, and is again a practicing Catholic. The last time Suri and Tom Cruise were seen together in public was in 2013.

• Although set in England, Brahms: The Boy II was filmed in Victoria, BC, Canada, at  Craigdarroch Castle and at a nearby abandoned Canadian Tire store that was converted into a soundstage. 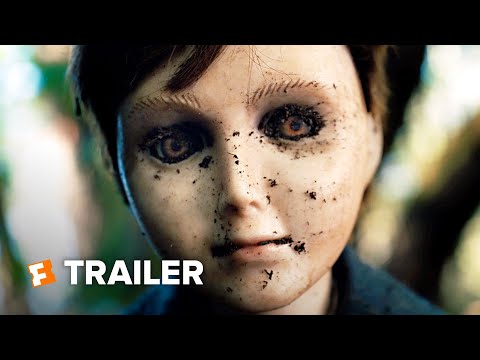