An unlikely team of gunslingers set out into the harsh terrain of the wild, wild West to make a rescue, after a group of cave-dwelling, cannibal savages kidnap settlers from their small town, in this 2015 Western/horror mashup.

Typically genre mashups like these fail miserably, but this directorial debut from writer S. Craig Zahler actually works for the most part, thanks to his intriguing, authentic story and some impressively spot on casting. Kurt Russell nails it as the crusty sheriff with Patrick Wilson, Richard Jenkins and Matthew Fox rounding out the group of gunslingers. There are even brief cameos by David Arquette, Michael Paré (Streets of Fire) and Sean Young (Blade Runner).

But wow, is Bone Tomahawk gruesome. This is not a movie for the squeamish – it does include cannibals, after all, and the finale is a lot more goretastic Eli Roth (Hostel, The Green Inferno) than it is iconically Western John Ford. And at two hours and 13 minutes, the film is about 35 minutes too long, with a few too many clumsy scenes and some amateurish sound effects that distract rather than move the story forward. Still, a surprisingly entertaining horror/Western.

• When the movie was first announced, the cast was to include Timothy Oliphant, Peter Sarsgaard and Jennifer Carpenter but got recast with Matthew Fox, Patrick Wilson and Lili Simmons after production was delayed a couple of years.

• Bone Tomahawk writer/director S. Craig Zahler, or just Zahler to his friends, is a former drummer for the metal band Realmbuilder and the black metal band Charnel Valley.

• After seeing actor Fred Melamed in the Coen Brothers’ A Serious Man, Zahler told Melamed that he wanted him to appear in every film he ever makes. He is now three for three. 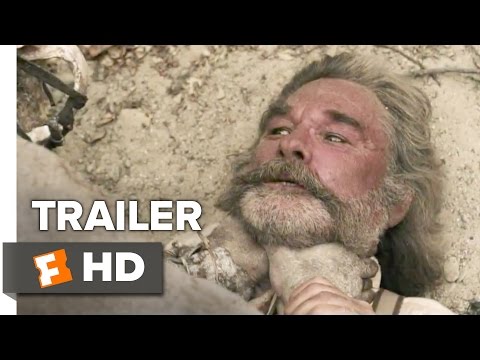