When a trio of overprotective parents discover their teenage daughters have made a pact to lose their virginity on prom night, they decide to intervene – at all costs. Such is the premise of this off the walls comedy from the brother writing duo of Jim and Brian Kehoe.

Leslie Mann, John Cena and Ike Barinholtz deliver some outrageously hilarious, raunchy laughs but it is the actresses playing the emoji texting teen girls – Kathryn Newton (Three Billboards Outside Ebbing, Missouri), Gideon Adlon, and in particular, Geraldine Viswanathan as the hysterical badass Kayla – who roll out some of the most genuinely funny moments.

Although the story itself is a bit all over the place, director Kay Cannon injects the film with a thought-provoking female viewpoint on sex that is refreshing, timely, and ultimately very sweet. With loads of moments that will have you chuckling long after you leave the theater, this is EASILY the funniest movie of 2018. 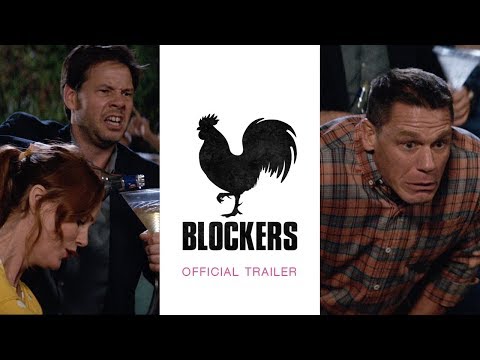