Blinded By The Light

Inspired by the soulful lyrics of Bruce Springsteen, a British-Pakistani teenager living in the English working class town of Luton during the racial strife and economic dreariness of 1987 finds the courage to follow his dreams, in defiance of his more conservative, immigrant family.

Based on the memoirs of journalist Sarfraz Manzoor (who co-wrote the screenplay), director Gurinder Chadha (Bend It Like Beckham, Viceroy’s House) captures the beautiful, eye-opening exuberance of fandom – the life changing joy at discovering that thing that makes us feel understood and connected in the world. Yes, there are some painfully corny moments – village squares erupting into cheesy song and dance moves and a few hokey montages ripped right from the 80s (along with a lineup of throwback pop tunes) – but its fun, light-hearted levity balances the film’s more serious, thought provoking themes of racism and family tensions associated with growing up as an immigrant.

The ensemble cast is charming, with exceptional performances from Viveik Kalra as Javed, the wide-eyed boy newly inspired at life’s possibilities and Kulvinder Ghir (The Queen’s Corgi, Bend It Like Beckham) as his proud, fearful father, humiliated at not being able to adequately provide for his family. Other standouts: Nikita Mehta as Javed’s little sister with a playful, subversive streak, Meera Ganatra as his dutiful mother who knows when to stand up to Javed’s father, and Hayley Atwell (Captain America: Civil War, Cinderella) as the teacher who helps direct Javed’s passion towards his destiny. Blinded By The Light is a fun, inspirational, feel good story that even with its corny moments, will elicit the full gamut of emotions – laughter, anger and tears – showing us that seeking your future doesn’t have to mean abandoning your past.

• The film is inspired by the life of journalist Sarfraz Manzoor and his love of Bruce Springsteen’s music as chronicled in his memoir, “Greetings from Bury Park: Race, Religion and Rock N’ Roll.”

• Bruce Springsteen allowed 12 of his songs to be used in the soundtrack, which also features his first performance of “The River” from the No Nukes concerts at Madison Square Garden in 1979 and an acoustic version of “The Promised Land” that Springsteen performed in 2014 at Washington DC’s National Mall. 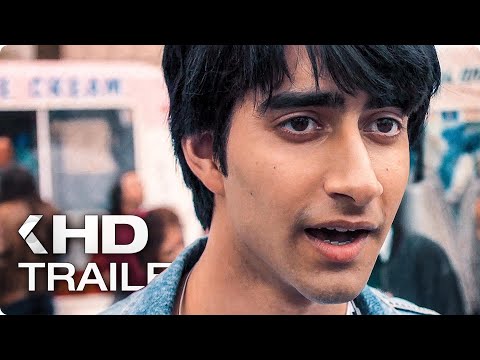