In this 2020 Disney+ film adaptation of the iconic 1877 novel, Black Beauty is reimagined as a wild, female Mustang captured in the American West and brought to a stable in New York, where she forges a special bond with an equally spirited, also newly-orphaned teenage girl.

Although writer/director Ashley Avis follows the novel’s lead by telling the tale from the perspective of the horse (with a disappointedly phoned-in narration by Kate Winslet), her reimagining focuses more on the girl of Beauty’s affection, played by Mackenzie Foy (The Nutcracker, Interstellar), and her uncle, gamely played by Iain Glen (Game of Thrones, the Resident Evil movies). As a result, much of the later hardships Beauty experiences are given less attention and feel ticked off like a list, giving the story a rushed, uneven feel before its big finale.

Those weaknesses in the flat script, however, are offset by some truly gorgeous cinematography – all of the expected, Disney-friendly, sun-dappled visuals set to a stirring, gentle piano score. It really is beautiful. It’s just a shame that this Black Beauty, while pleasant, never breaks free of the reins of muted blandness to reach its potential.

• English author Anna Sewell was mostly bedridden when she wrote the now iconic “Black Beauty,” her only novel. Sewell died, presumably of either hepatitis or tuberculosis, five months after it was published in 1877. The book resulted in drastic improvements in the treatment of horses. • The scenes of Mackenzie Foy riding Black Beauty on the beach are the real deal – no stunt doubles or blue screens.

• Although set in the United States, Black Beauty was filmed in South Africa. 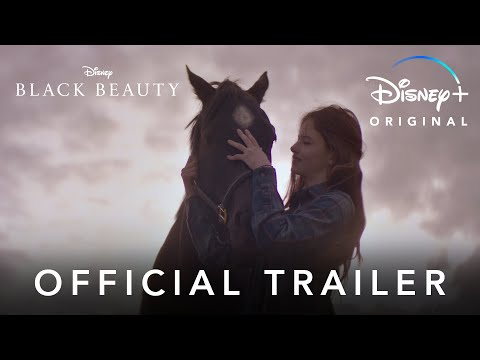