Aubrey Plaza stars in this meta, dark comedy about the behind-the-scenes drama associated with the creative process of filmmaking – from psychologically manipulative directors blurring the line between real life and art; insecure, diva-like actresses; and lazy, incompetent crewmembers.

The first half of this strange film is an increasingly uncomfortable drama about an actress-turned-director seeking creative inspiration from the dysfunctional couple renting her a room at their cabin in the Adirondack mountains. Halfway in, however, Black Bear completely changes gears, becoming a movie about the making of a movie. Christopher Abbott (Possessor, It Comes at Night, Martha Marcy May Marlene) and Sarah Gadon co-star in this story that routinely leans into its self-referential weirdness.

Plaza channels her now typical, unconventional wacky vibe in this intentionally confusing, very insider ode to those in the film industry. Some viewers may appreciate the uncomfortably awkward drama, unique concept and uncertainty of what they are actually experiencing, but most will find this self-indulgent drama from writer/director Lawrence Michael Levine tediously unpleasant and too unlikable to be really enjoyable.

• Director Lawrence Michael Levine says it was his dreams that inspired the premise of Black Bear.

• Aubrey Plaza got her big break playing April Ludgate on the NBC comedy mockumentary TV series Parks and Recreation from 2006-2015. 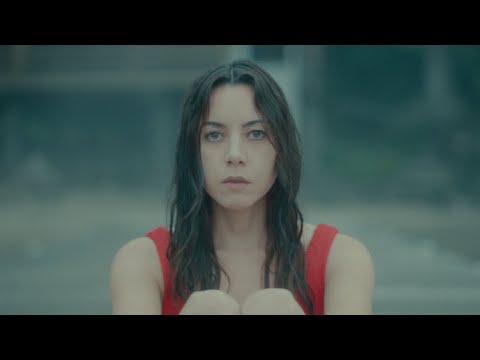