This Netflix documentary follows America’s first black first lady, Michelle Obama, during her 34 city book tour to promote her 2018 best selling memoir, “Becoming.” In it, she discusses her life growing up in a working class family on the South Side of Chicago, earning her spot at Princeton University despite being told by a guidance counselor that she wasn’t “Princeton material,” meeting and marrying Barack Obama while they attended Harvard Law School, the presidential campaign and her eight years in the White House.

Although billed as a rare and up-close look at her life, the documentary is only up-close to a point, underscoring the expected biographical moments with star-studded guest interviewers and inspirational messages about the importance of education. It is nice, but not particularly groundbreaking nor revelatory. But for Michelle Obama’s many adoring fans, Becoming is a hopeful reminder of a gentler, kinder and more compassionate time in America’s history, especially compared to now.

Becoming has its fair share of insightful moments that make it worth seeing – among them, Michelle’s initial reluctance to date Barack, her efforts to keep daughters Sasha and Malia grounded while living in the White House, and in a moment of rare candor, her frustration at lagging voter turnout, not only in the 2016 presidential election, but in the two midterm elections while Barack Obama was president. It is a rare and telling moment from a historic figure who learned the hard way about the importance of being more scripted in public, as is deftly illustrated in this documentary.

• In Becoming, Michelle describes Barack as a tsunami that challenged her to raise her game when they first met: “If I didn’t get my act together, I would be swept up,” which led her to ultimately deciding to leave law. 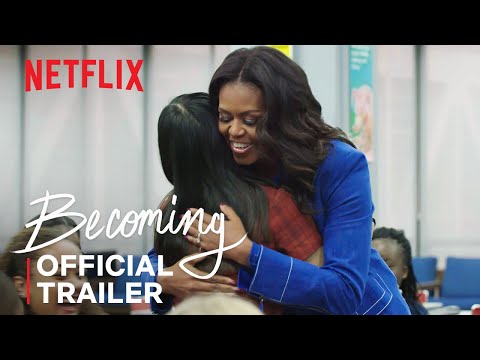