Kristen Wiig and Annie Mumolo wrote and star in this wacky comedy about two lifelong besties from Nebraska who decide to give themselves a vacation in Florida after losing their jobs at Jennifer Convertibles and getting kicked out of the neighborhood “Talking Club.” Wiig also does double duty, playing an Austin Powers “Dr. Evil” type villainess set on exacting revenge on the resort that had ridiculed her as a child.

This is exactly the kind of wonderfully weird, unabashedly brainless comedy we all need after enduring a year-long global pandemic. The film, from the duo who brought us 2011’s Bridesmaids, is loaded with goofy laughs, mixing sweet naivety with some unexpectedly adult (and hysterical) moments. And who knew? Former Calvin Klein model Jamie Dornan (Fifty Shades of Grey), in a rare departure from his serious, sexy roles, is hilarious. His hysterical song and dance number in the middle of the film to an audience of seagulls is worth the price of the rental alone.

There are a slew of fun cameo appearances, some of which are totally fun, while others are a bit underutilized, just given the sheer number of them. And Wiig, almost unrecognizable as the evil villainess, is an absolute delight in a sweet film with a cute message about friendship and getting out of one’s comfort zone to find adventure and enjoy life.

• Kristen Wiig and Annie Mumolo were nominated for an Oscar for Best Original Screenplay for 2011’s  Bridesmaids, in which they also shared a scene together. 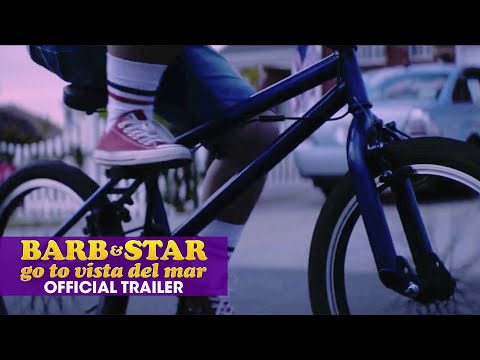