A VERY young looking Martin Sheen and Sissy Spacek star in Terrence Malick’s 1973 directorial film debut, about a teenage girl who gets mixed up with her older boyfriend’s cross-country killing spree across 1959 America. The film is based on the 1958 real life story of Charles Starkweather and Caril Fugate.

The Bonnie and Clyde-type story itself isn’t all that unique, but what is fascinating is seeing the captivating, breakout performances of the then newcomers – an oh-so-pretty Spacek and Sheen, rocking a bad boy, James Dean hairdo. The period setting itself also is an interesting time capsule of pre-internet age Americana. Spacek’s narrative, as the almost childlike girlfriend, is both surreal and realistic, lending an air of macabreness to the crime thriller.

Malick’s screenplay is a bit sloppy, as are some of the production values – there are some jarring jump cuts and clunky moments. And as director, Malick (The Tree of Life, The Thin Red Line) even had to step in as the man who rings the rich man’s doorbell when his actor cast in the role was a no show. But surprisingly, the still entertaining Badlands has aged exceedingly well even after all these decades, and is a terrific showcase of the mesmerizing and enduring star power of Spacek and Sheen.

• Caril Fugate is the youngest female ever tried in America for first degree murder. She was only 14 years old when 19-year-old Charles Starkweather killed her mother, stepfather and baby sister and took her on his 11 person killing spree through Nebraska and Wyoming. Initially convicted and sentenced to life in prison, Fugate was released in 1976 after serving 17 years as a model prisoner.

• Martin Sheen’s sons Emilio Estevez and Charlie Sheen had their acting debut in Badlands, appearing in a brief, non-speaking scene as two boys playing in the street.

• During filming of Badlands, Sissy Spacek met Jack Fisk, the film’s art director, who would become her husband and father of their two daughters. 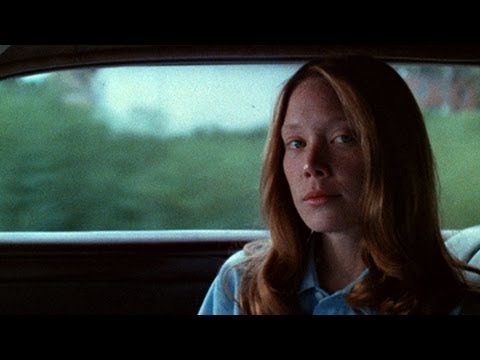