Elle Lorraine (Insecure) stars in this Hulu original horror/comedy set in 1989, as a shy young black woman who gets hair extensions to further her career at an image-obsessed, MTV-styled music TV network. She soon discovers her new killer weave is literally… a killer.

And although Bad Hair does have its share of chuckles, clever moments and a compelling performance from Lorraine, as a whole, the film is way too light on both genres, instead devolving into a super silly, self-consciously campy story by its finale. It is also weighed down by some really hokey visual effects and a clumsy story with a few too many split ends to give it lift.

• Starting at age of 6, Houston-born Elle Lorraine was raised by her aunt, who at 19, was a prima ballerina at the city’s High School for the Performing Arts. Lorraine herself would later attend, where Bad Hair director Justin Simien was a schoolmate.

• Vanessa Williams and Usher previously worked together in the 1999 film Light It Up. 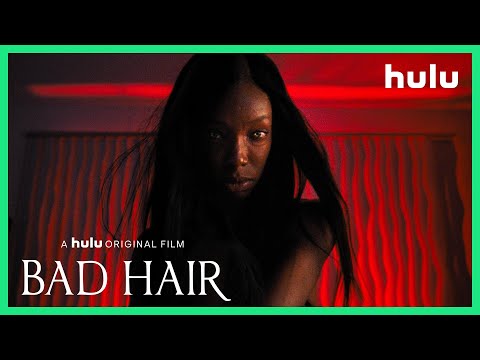