The 1969 Moon landing is perhaps the greatest technological achievement in history. Countless books and movies have attempted to capture what it was like for astronauts Neil Armstrong, Buzz Aldrin and Michael Collins. But this documentary, featuring meticulously restored archival footage of the actual event, creates the most immersive experience yet for moviegoers.

Director Todd Douglas Miller’s “direct cinema” approach, using an hour and a half of actual footage without voiceover narration or interviews, doesn’t tell us, but rather TAKES US on the journey, first as spectators gathered outside Florida’s Kennedy Space Center, then inside the facility as engineers sweat final details of the mission, then in the spaceship with the astronauts. He deftly pieces it all together with rudimentary visual aides to show how it all incredibly happened. While other films focus on the details or the patriotism, or as the final 20 minutes of 2018’s First Man captures the stunning Moon visuals in breathtaking IMAX clarity, this documentary is an instant classic in how it enables viewers to experience the entire event itself.  It is both a mesmerizing and inspiring time capsule of one of our civilization’s proudest moments. See it in full IMAX if possible.

• The soundtrack consists entirely of electronic instruments available in 1969.

• Director Todd Douglas Miller’s New York production team used special climate-controlled vans to transport archival footage to and from the National Archives in Washington and digitize and catalog more than 11,000 hours of audio recordings and hundreds of hours of video. 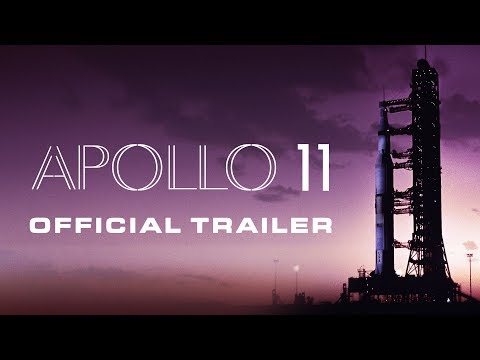