Four longtime friends, all teachers at the same school going through various midlife crises, test an obscure theory – that if they maintain a constant level of alcohol in their blood during their workdays it will improve the quality of their lives, in this tragicomedy starring Mads Mikkelsen (Hannibal, Arctic).

Writer/director Thomas Vinterberg dives head first into his provocative exploration of Danish day drinking, showing our foursome first gaining new confidence and a renewed sense of adventure as a result of their new booze-fueled work routine. But whether they want to admit it, this subversive pact, billed as an opportunity for them to inject a much needed spark into their stale lives, is actually an excuse to drown their own individual unhappiness.

Not surprisingly, the fun soon takes a darker turn as the alcohol consumption increases and all four start experiencing various problems in their personal and work lives. Vinterberg keeps his predictable story relatable without becoming a goofy comedy or veering off into preachiness about the perils of day drinking. The four friends are convincing, Mikkelsen’s big finale is charming, and there are a couple of really sweet scenes with a shy young soccer player named Specs. But frankly the message – that a little buzz can take off the edge, but a lot can ruin your life – is hardly groundbreaking.

• Another Round is Denmark’s Oscar nominee for the 2021 Best International Film. Thomas Vinterberg also received an Oscar nomination for Best Director.

• Writer/director Thomas Vinterberg’s teenage daughter Ida, who had been set to make her acting debut in the film as the protagonist’s daughter, died in a car accident just days into the start of production. Vinterberg filmed Mikkelsen’s classroom scenes with her classmates and dedicated the film to her.

• Vinterberg and Mads Mikkelsen also worked together on their 2012 Oscar-nominated thriller, The Hunt. 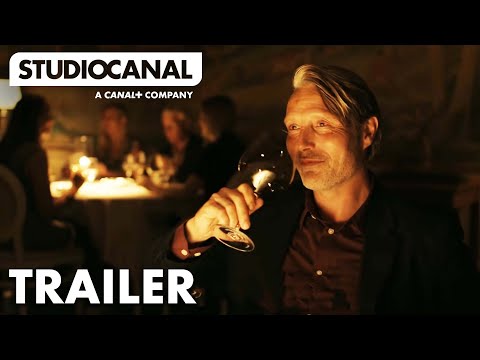