Alone Across the Arctic

Explorer Adam Shoalts details his four month, 4000 kilometer (2600 mile) solo journey across the Canadian Arctic in this adventure documentary, which ties in to his best-selling book, “Beyond the Trees: A Journey Alone Across Canada’s Arctic,” detailing the spiritual and mental aspects of his trek.

Named by National Geographic as one of its top 100 explorers, Shoalts starts his 2017 journey hiking eastbound on May 13th from the Native community of Old Crow in the Yukon Territories. As spring arrives, he switches to a canoe, tracing some of northern Canada’s largest lakes and rivers, incorporating a mixture of paddling, poling upstream, and A LOT of portaging (carrying his canoe over swampy lowlands and around deadly rapids), culminating in his arrival at Baker Lake, Nunavut on September 6th.

In addition to all of the hiking, canoeing, and insightful tent confessionals, much of the film is about Shoalts overcoming obstacles, whether it be the ever-present threats of grizzly and polar bear attacks, the incessant swarms of flies, creative repairs to heavily-used gear, and Shoalts navigating unexpected itinerary detours. It is inspiring to see him maintain calm in adversity. That and his problem solving are two key takeaways of this documentary. Some of the most fascinating aspects are the very rarely seen, breathtaking scenery of the Canadian Arctic, and Shoalts’ visit to the ruins of Fort Confidence, an establishment built in 1837 as a home base for explorers Peter Warren Dease and Thomas Simpson. If you love the great outdoors, this film is a must see.

• Adam Shoalts shot the expedition footage using a Sony AX100 and a GoPro. Director Francis Luta airdropped in three times over the fourth month expedition to capture beauty/drone shots for the documentary.

• Shoalts says his favorite meal to prepare in the subarctic is freshly-caught trout cooked on a green stick over the fire (he doesn’t carry pots and pans). His favorite rations are Backpacker’s Pantry Sweet and Sour Chicken and Beef and Broccoli Stir Fry.

• Shoalts says the biggest benefits of traveling solo are its simplicity – you don’t have worry about interpersonal dynamics – and the ability to see a lot more wildlife that would otherwise be scared off by two people talking. The biggest downside? The risk – there is no one to help you if you get into trouble so you must be more careful with everything you do. 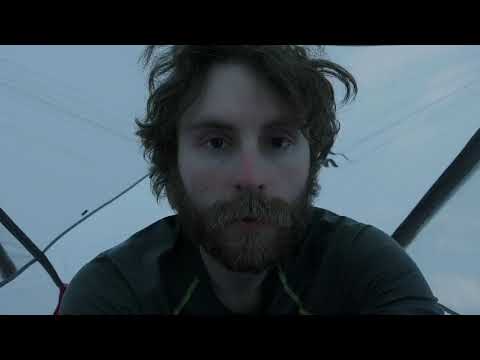