This futuristic, sci-fi blend of live action and CGI, based on the nine-volume 1990s Japanese cyberpunk manga “Gunnm,” is about a kind-hearted cyborg, rescued and revived from a junk pile, who begins a quest to discover her past life. Think of it as one part Fifth Element, one part Blade Runner.

Although the screenplay co-written by James Cameron (Avatar, Titanic) and Laeta Kalogridis (Altered Carbon, Shutter Island) slips into some familiar clichés, those shortcomings are offset by entertaining, quick pacing and Rosa Salazar’s endearing performance as the confused cyborg trying to piece together her missing past. Salazar and her character’s big, expressive eyes make this movie soar. Christoph Waltz gives the usual earnest and energetic performance as Dr. Ido, the scientist who gives Alita life, while Mahershala Ali’s bad guy Vector is a bit more one-dimensional, despite some dazzling visual effects.

The big-budget blending of live action and CGI is extremely well done, breathing a wide-eyed air of believability to dazzle fans of the long awaited big screen adaptation of the sci-fi saga, despite a frustratingly abrupt ending presumably aimed more at setting up a possibly sequel than satisfying its audience.

• Rosa Salazar (Bird Box, the second two films of the Maze Runner trilogy) won the role of Alita over Zendaya, Maika Monroe (It Follows, Greta) and Bella Thorne (The Duff)

• First announced in 2003, production and release of the film were repeatedly delayed due to James Cameron’s work on Avatar and its sequels. Filming began in Austin, Texas in October 2016. 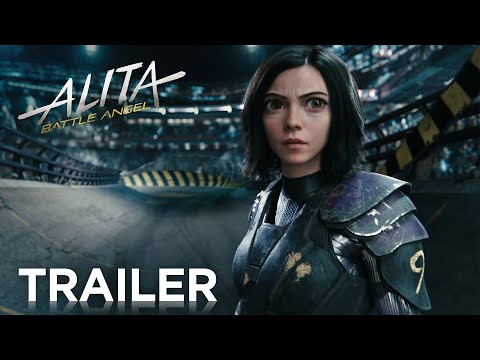