Alice lies to her controlling, emotionally abusive boyfriend to slip away for a week-long cabin getaway with two lifelong friends. When they finally get her to open up about her toxic relationship, Alice is shaken loose from the mental fog of his incessant gaslighting and must make some tough decisions, in this psychological drama starring Anna Kendrick.

In her feature film debut, director Mary Nighy (daughter of 2023 Best Actor Oscar nominee Bill Nighy) captures Alice’s sense of claustrophobia and the frustrating murkiness of gaslighting, with a convincing Kendrick showing an uncharacteristic serious side after comic performances in Pitch Perfect, Trolls and A Simple Favor. For the first half of the film, you wonder – is Alice imagining this abuse or is it real?

Having lost her sense of self, a stressed-out Alice engages in self destructive hair pulling and is glued to her smartphone to make sure she doesn’t miss even one of her boyfriend’s text messages. It is unsettling. Thankfully, Alice has two close friends – an excellent Wunmi Mosaku (Loki, Damilola, Our Loved Boy) and Kaniehtiio Horn (Letterkenny, Possessor) – who take an active interest in her well-being, albeit in different ways.

Those looking for a traditional, violent horror/thriller climax will be sorely disappointed. Alice, Darling is a way more subtle and unnervingly realistic portrait of toxic relationships. A presumably symbolic subplot involving a missing teenager is a misstep, and while the story could have been a bit more fleshed out, even so, Alice, Darling is chillingly authentic.

• Anna Kendrick says her own experience with emotional and psychological abuse in a past relationship interested her in tackling this serious subject.

• Alice, Darling screenwriter Alanna Francis is known for the 2019 relationship drama The Rest of Us, which stars Heather Graham and Sophie Nélisse as a mother/daughter duo who take in her ex-husband’s second wife and daughter after his untimely death leaves them homeless.

• Trichotillomania, or compulsive hair pulling, is a mental disorder triggered by anxiety or depression and is more common in individuals with obsessive compulsive disorder. 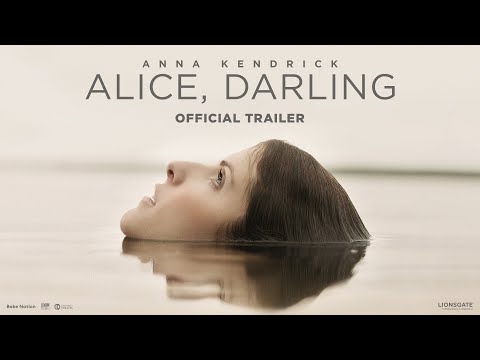