Aftershock: Everest and the Nepal Earthquake

In 2015, a magnitude 7.8 earthquake destroyed much of Nepal’s capital, Kathmandu, killing 9000 people and leaving 3.5 million homeless. This Netflix docuseries includes harrowing, firsthand stories from one of the city’s hotel owners, climbers stranded on Mount Everest after an avalanche caused by the quake killed 22 climbers, and trekkers in Langtang Valley who found themselves in danger from angry locals after they were accused of looting the remote village just after the avalanche completely decimated it, killing nearly everyone there.

Aftershock‘s footage of Mount Everest and Kathmandu before, during and after the devastating quake is incredible. Combined with some impressive computer-generated map animation, the docuseries makes the earthquake and its aftermath a truly immersive experience for the viewer. Those parts of this series are fascinating and heartbreaking. The problem is with director Olly Lambert’s unfocused narrative, which spends way too much time on some infuriatingly bad behavior by tourists at Everest, at the expense of focusing more on devastated Kathmandu.

Additionally, Lambert’s repetitive back and forth between talking head interviews and footage of the disaster also has a lulling quality that diminishes the seriousness of the disaster. This is a docuseries in dire need of an editor, to turn it into a more appropriately compelling hour and a half film instead of the bloated three-part docuseries that gives an infuriating amount of screentime to a selfish American demanding to continue his trek to Everest’s peak and the three Israeli climbers accused of stealing money from dead villagers.

• A memorial wall stands near the lone house that is nestled against a rocky overhang in Langtang that survived the earthquake-caused avalanche. The wall contains prayer flags and a plaque with the names of the 243 people who died that day. A new village was erected on the slopes 100 meters above the ruins of the old one. 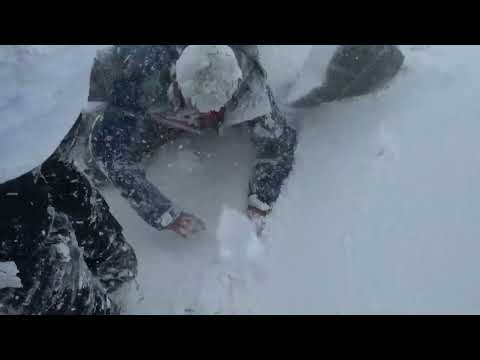