David Oyelowo and Rosamund Pike star in this biography about the racial controversy London-educated King Seretse Khama of Bechuanaland (modern day Botswana) sparked both at home and abroad when he decided to take a white queen, marrying London office worker Ruth Williams in 1947. While it falls a bit short of its emotionally rousing potential, the portrait of the wildly popular couple’s trail-blazing stand for interracial marriage and against apartheid is inspirational. The film also nicely navigates drier political topics like the kingdom’s future independence from Britain and securing its mineral rights – which came in very handy when diamonds were discovered there. Oyelowo and Pike, as the couple that would become Botswana’s first President and First Lady, are both excellent and the Botswanan scenery is stunning. 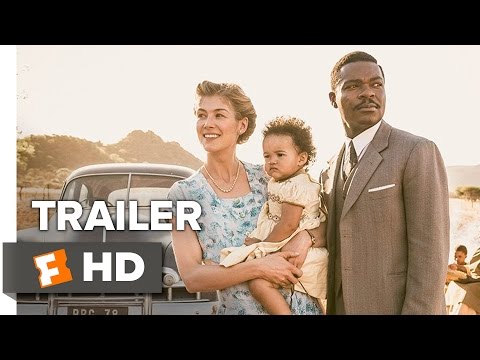