This Netflix documentary chronicles the life of Terry Donahue, a WWII-era, pro baseball player (the league was featured in the 1992 film A League of Their Own), and a secret she and her lifelong friend and roommate Pat Henschel kept for decades – that they were secret lovers.

Director Chris Bolan weaves a tender, beautiful tribute to his great aunt and her partner, incorporating interviews into an amazing scrapbook-like array of nostalgic home movies, photos and archival footage. Terry, a scrappy softball star from Saskatchewan, was recruited to Chicago at age 19 for the All-American Girls Professional Baseball League. Years later, while playing hockey back in Canada, she met Pat and together they moved to Chicago. The archival footage of the baseball league is a particular delight for fans of the 1992 film.

While the Ryan Murphy production touches briefly on the secret lives that lesbians and gays had to live during the 1940s, 50s and 60s, much of the documentary is focused on the personal challenges that the aging couple faces in their golden years as declining health forces them to rely on family members who, until just years before, had not even been aware about the truth of their relationship. The tough choices they face are relatable to anyone with an aging loved one. And while “there’s no crying in baseball,” there WILL be tears (and lots of them) from this touching, deeply personal film that finally gives the couple their moment to shine. • Two years into the production, Bolan says he uncovered reels of eight millimeter home movies from the 40s through the 60s, which he included in the film. Nolan says he was able to show a rough cut of the film to Terry and Pat just months before Terry died in 2019. He says she “loved it, and they just were giddy” reliving their history together.

• Since Terry’s death, her niece Diana Bolan and Pat Henschel, now 91, have grown very close, spending five days a week together. Diana says during her final conversation with Terry, she promised her aunt she would take care of Pat. “I’m doing it now not because I promised Auntie Terry, but because I love Aunt Patty.” 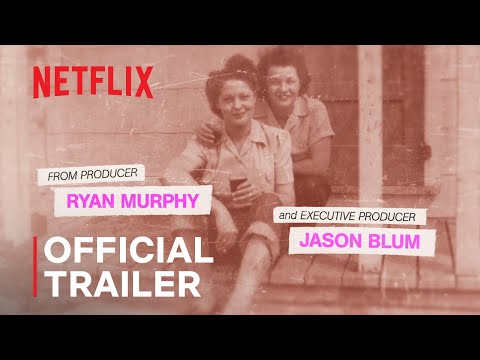