Rosamund Pike stars in this biopic of Britain’s acclaimed Sunday Times war correspondent Marie Colvin, whose fearless reports from war zones around the world ended when she was killed in Syria in 2012.

A husky-voiced Pike delivers an uncompromising, career defining performance as the emotionally tortured, American-born journalist, who, as her stories were opening the public’s eyes to global conflicts, was using booze and sex to help close her eyes to the carnage around her.  Jamie Dornan (Fifty Shades of Grey), almost unrecognizable with a full beard, is surprisingly convincing as Colvin’s photographer colleague Paul Conley. And although the story has a certain awkward clunkiness to it, with director Matthew Heineman (documentaries City of Ghosts, Cartel Land) seemingly more focused on battle scenes than those exploring Colvin’s psyche, the film’s finale still packs quite an emotional wallop.

• Colvin was killed in an airstrike by the Syrian military in Homs shortly after she appeared in a live phone report on CNN reporting that the Syrian government had been engaging in mass shelling of civilian homes there:

• Since the Syrian Civil War started in 2011, Bashar al-Assad’s government forces have killed more than 100,000 Syrian civilians and forced more than 5 million to flee the country. 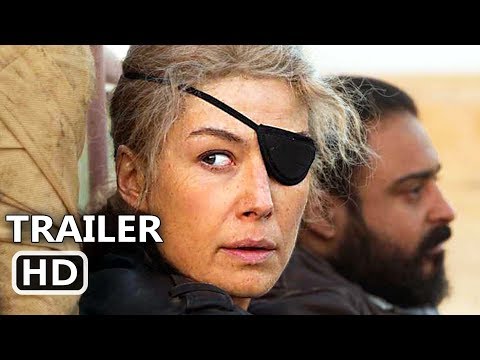