At first, this Swedish Oscar nominee for Best Foreign Language Film, based on Fredrik Backman’s best-selling novel, appears to be a predictable story about a crotchety old man repeatedly trying (and failing) to kill himself, following the death of his beloved wife. But when some gregarious new neighbors humorously worm their way into his sullen, solitary existence, they, along with a series of poignant, well-placed flashbacks, reveal the heartbreaking events that made Ove the man he is today. The film starts very slowly, gradually building to a beautiful, emotional ending, underscored by a heartfelt-but-not-maudlin performance by Rolf Lassgård. He, along with impressively spot-on casting (the younger Ove and Sonja, played by Filip Berg and Ida Engvoll, are amazingly convincing) make this superb tearjerker pretty darn close to perfect. 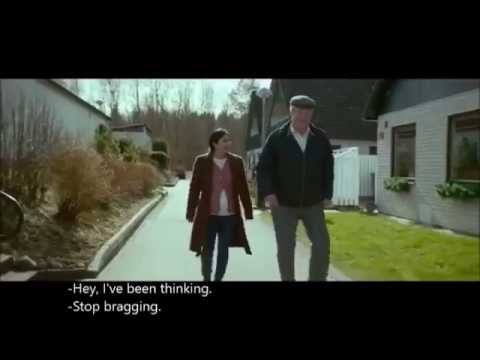