Veteran character actress Dale Dickey stars in this romantic drama about an older woman camping alone on a barren lake in remote, southwestern Colorado. Living an internet-free life off the grid, where people send written letters instead of text messages, she has returned to meet an old friend from her youth.

A Love Song is a VERY slow moving story, with Dickey’s melancholic character, Faye, spending much of her time fishing for and eating crawfish, listening to old love songs on her transistor radio and drinking coffee and the occasional beer. Her isolation and loneliness are palpable, even with the occasional visitor. Imagine Nomadland and its quirky supporting characters, but with a refreshingly defiant level of quiet not found in most movies of today. When Faye’s friend finally arrives, we learn the reason for her sadness and her desperate need to make a connection.

Beneath its very simple story, writer/director Max Walker-Silverman’s bittersweet portrait of loss in the golden years of life packs a surprising, emotional wallop of an ending. Dickey (True Blood, Winter’s Bone) is outstanding, as is Native American character actor Wes Studi (Hostiles, Last of the Mohicans, Dances With Wolves) as her friend. The slow-paced A Love Song isn’t a film for everyone, but for viewers who can appreciate quiet, authentic stories about learning to move on amidst heartbreaking loss, this slow burn will stick with you.

• A Love Song was filmed in remote southwestern Colorado in the summer of 2020 during the height of the COVID-19 pandemic.

• A prolific character actress, Knoxville, Tennessee-born Dale Dickey also recently appeared as the chaperone of a WWII-era, women’s baseball team in the Amazon TV series A League of Their Own. 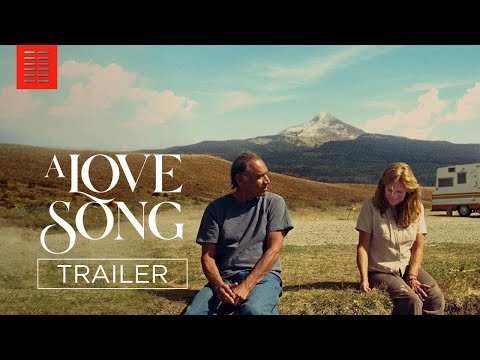