When an airliner traveling from Berlin to Paris is hijacked, it is up to a quick thinking, mild mannered co-pilot to save his passengers in this pulse-pounding thriller starring Joseph Gordon-Levitt (Inception, Looper).  The movie’s title, 7500, is the code that pilots enter into the plane’s transponder to silently alert air traffic controllers of a hijacking.

Co-writer/director Patrick Vollrath’s film is hyper-realistic – it has no score, nor much character development or back story – it is just a taut, excruciatingly tense and claustrophobic glimpse at a hijacking played out in the cockpit of the aircraft. At times it is stomach-churning.

As excellent as this thriller is, there is one thing that elevates it even higher –  Gordon-Levitt. His nuanced, heavily ad-libbed performance as the co-pilot is a master class in acting. Bravo.

• Joseph Gordon-Levitt, who took over the lead role from Paul Dano (12 Years a Slave, Prisoners), says the director Patrick Vollrath encouraged the cast to ad-lib and improvise on where to sit, stand and move, which allowed him to fully focus on immersing himself into the role.

• Director Patrick Vollrath (Alles wird gut), a 2016 Oscar nominee for Best Live Action Short,  filmed inside an actual airliner cockpit, and had the camera rolling for up to an hour at a time for a single take, to capture the claustrophobia and tension of a hijacking.

• Carlo Kitzlinger, who plays the captain of the flight, is a real pilot. He flew for Lufthansa Airlines for many years. 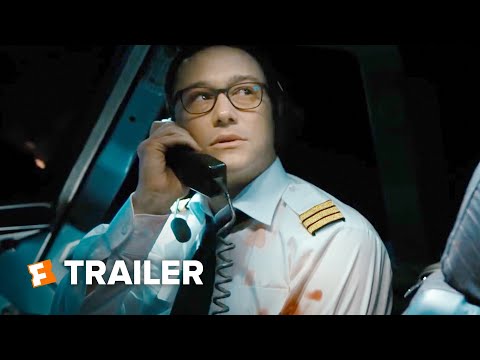