Dr. Cara Harding (Julianne Moore) is a Pittsburgh-based forensic psychiatrist who makes a career out of debunking criminal defendants who claim to have Multiple Personality Disorder. But when her psychiatrist father introduces her to a troubled patient (Jonathan Rhys Meyers) who adopts the physical characteristics and possesses detailed knowledge of each of his multiple personalities, she discovers these multiple personalities are actual people whom have died tragic deaths. The first half of the horror/mystery is exceptionally well-done, with a high creep factor set amidst a spooky (albeit wildly pejorative) backdrop of rural Appalachia, with snake handlers, Satan worshippers and the like. But the second half devolves into a bit of a hot mess of a thriller, as we are spoon fed a plot twist that is as eye-rollingly ridiculous as it is contrived. Despite that, entertaining performances by Moore and Meyers and the film’s chilling mood make this a fun, mindless ride for horror fans. 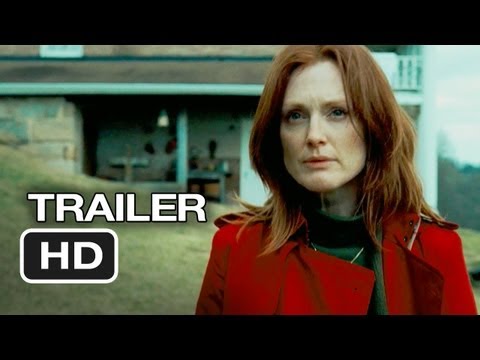