Josh Hartnett stars in this 2007 horror film as the sheriff of the northernmost town in Alaska, who, along with his estranged wife (Melissa George), end up battling a group of opportunistic vampires who invade during the polar night’s 30 days of total darkness, to feed on the town’s inhabitants.

Based on the comic book miniseries of the same name, the film from British director David Slade (Hard Candy) is fast paced, terrifying and very intense, with Danny Huston (Succession, The Constant Gardener) delivering a pulse-pounding performance as the leader of the feral, lightening quick vampires jumping from rooftop to rooftop as they prey on the townsfolk – egads, those teeth!

Gore fanatics also will get their fill in 30 Days of Night, with some creatively gruesome death scenes that are definitely not for the squeamish. In an era with an overabundance of romanticized vampire tales such as Interview with a Vampire and HBO’s True Blood, 30 Days of Night is a refreshingly brutal and thrilling perspective on vampire folklore.

• In actuality, Barrow (which reverted back to its old Iñupiat name Utqiagvik in 2016) has a population of about 4000 and doesn’t see the sun for roughly 67 days during the polar night from mid November to late January.

• 30 Days of Night was filmed in multiple locations throughout New Zealand.

• A linguistics professor from The University of Auckland created the uniquely guttural, click consonant language of the vampires. 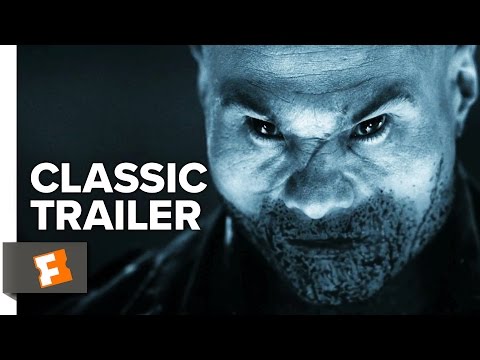